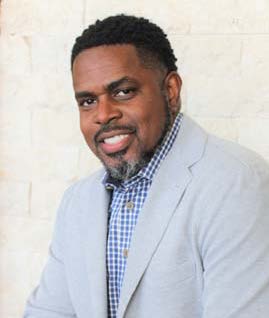 THE DECISION WAS UNANIMOUS. In July, the Atlantic League of Professional Baseball approved real estate developer Brandon Bellamy to purchase a new club expansion in Gastonia, NC, becoming professional baseball’s only Black majority owner in the nation. There has not been a Black majority owner of any professional baseball club since Tom Lewis owned the South Atlantic League’s Savannah Cardinals from 1986-1987, according to Baseball America.

The independent baseball franchise will begin playing in a 5,000-seat multi-purpose ballpark, which will anchor the city’s 16-acre Franklin Urban Sports and Entertainment (FUSE) District next spring once construction is complete. FUSE broke ground in downtown Gastonia last October.

The 48-year-old Bellamy is CEO of Velocity Companies LLC, a real estate development corporation based in Prince George’s County, Md, that has developed more than $500 million in office, retail, and residential projects. Bellamy and his company will serve as managers for the stadium, coordinating not only the baseball team but also collaborating on economic development projects tied to the stadium, which include residential, retail, hotel and office space properties for the three parcels of land immediately adjacent to the ballpark. The ballpark, which has not yet been named, will be the first sports development for the 30-year real estate veteran. Bellamy may be involved in the development of future projects around the Charlotte region as well.