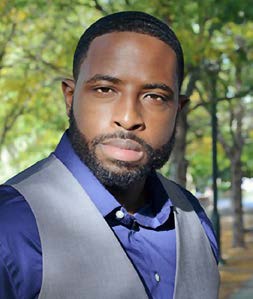 AUTHOR OF THE 30-DAY JOURNEY from Prison to Spiritual Peace, Joshua Proby, is a minister, motivational speaker, mentor and entrepreneur. His life is not one of glitz and glamour, but he has dedicated it to educating and uplifting children and young adults to have a better understanding of who they are.

At the age of 22, Proby was charged with first-degree burglary and sentenced to twelve years in prison. During his incarceration he found his passion for writing and helping others break free from fear, shame, guilt, anger, addiction, and abuse.

“Purpose never leaves, we leave purpose. My life was filled with turmoil and poor choices which put me behind bars. Although my physical freedom was temporarily taken, my incarceration ultimately freed me from the internal prison that I built within,” says Proby.

Proby is the founder of Peace4Poverty, a non-profit organization focused on the holistic improvement of youth through entrepreneurship, character building, and mental health counseling. He formed the organization to empower young people to transition from poverty to peace and victim to victory despite their hardships in life. His teaching methods include collaborative leadership, data-based decision making, and fostering a healthy relationship with one’s self as well as the environment around them to develop caring and ethical citizens.

Proby received his associate degree in accounting and business management from Appalachian State University in Boone, NC. He currently resides in Charlotte with his wife and children.