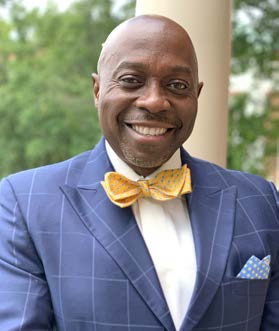 MANAGING PARTNER AND leading attorney for The Snow Legal Group, Kenneth Snow, does not recall when he first decided to become an attorney but says, “I do know that I became a lawyer to speak for the voiceless and fight for the justice of those who cannot fend for themselves.”

Snow went on to receive his Juris Doctor (J.D.) degree from North Carolina Central University School of Law where he served as president of the Black Law Students Association and established the National Association of Black Lawyers.

After becoming licensed, Attorney Snow joined a firm where he practiced criminal law for two years and then decided to start The Snow Legal Group –– a leading criminal and personal injury firm based in the Carolinas with experienced lawyers dedicated to providing passionate advocacy on behalf of their clients.

In addition to handling serious and complex cases, Snow is also involved with numerous causes like the American Cancer Society, JCSU Arch of Triumph Gala, Chocolate for A Cure, Harvey Gantt Center for African American Arts, the Village Group, and the Council for Children’s Rights.

Attorney Snow was born and raised in Georgetown, SC. He is the sixth of eight children and a first-generation college graduate. He now resides in Charlotte and has additional offices in Rock Hill, Georgetown and Sanford, North Carolina.

“No matter the number of organizations I support, recognitions I receive, or the positions I hold –– nothing is more rewarding than gaining justice for the injured and accused,” says Snow.