How the Man Behind the Chair Got Out in Front

If you live in Charlotte, you may know the name Shaun Corbett. If not, you should.

Perhaps you have heard of his business, Lucky Spot Barbershop, Inc. His is the first black-owned, black-operated barbershop to open in Walmart stores. Or maybe you are familiar with his nonprofit organization Cops & Barbers, established in 2015 with then detective and now Mecklenburg County Sheriff Garry McFadden in the wake of the Mike Brown shooting. It was created as an opportunity to bridge the gap between the police and the communities they serve. Currently, Corbett is on a trajectory that is sure to make his a household name.

Life has come full circle for the Brooklyn, NY, native. He had a loving mother who was “doing the best she could,” says Corbett, but he grew up in an abusive household where he says his male role models suffered from alcoholism and drug abuse. Fortunately, his mother moved to Charlotte with her husband during a time when Corbett was admittedly at an age where he was starting to get in trouble, namely selling drugs. Simply put, “my mother was seeking a better life,” he says. And they found it.

Now, the 41-year-old is a parent himself, the executive director of a nonprofit, and the owner of several barbershops in Walmart stores. Being a barber was not his initial goal. While he was introduced to barbering as a kid, he had no interest in it. It wasn’t until later in life when one of his best friends wanted to apply to barber school that he filled out an application as well “just to encourage him.” At the time, Corbett worked at Value City Furniture. When the store closed, as a convicted felon, he was Corbett and Sheriff Garry McFadden Corbett and students back to square one until the No Grease School of Tonsorial Arts called and asked if he was still interested in attending barber school. The answer—yes. The rest—history. 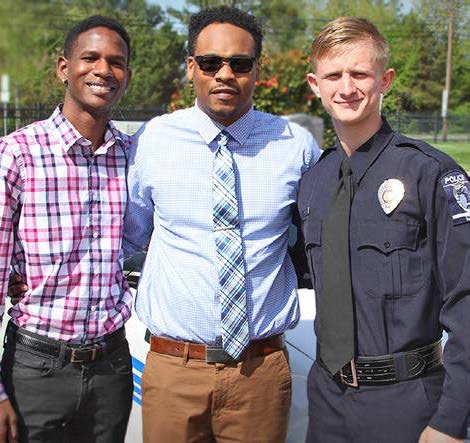 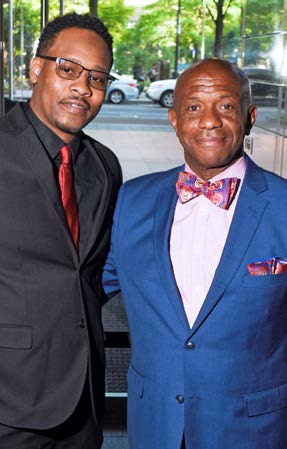