Most people know the complex in NoDa that houses Amelie’s Bakery as a hangout spot, but at the very end of the complex is NoDa @ 28th Creative Studio – a refuge for men and women struggling to survive even during the best of times. The sprawling space houses studio space, a salon, a masseuse, an ethnic store and Poor No More.

Poor No More is slowly taking over the entire space. It’s a food pantry and free store that started as a community service project last year but has evolved into a tax-exempt non-profit, said founder Jermaine Nakia Lee. In the last few months, client services and donations have increased as a result of the coronavirus pandemic.

At the height of the pandemic, community activists immediately started raising questions about the plight of people living on the edge of poverty and those who have fallen off the edge. Through social media they highlighted the needs of the chronically homeless and people facing eviction. They raised money and organized food drives. Poor No More began before COVID-19 struck the region, and its organizers were quick to respond to its challenges.

“I know what it feels like to have a college degree and be couch surfing,” Lee said. “I’ve been on food stamps, I’ve had to go to Crisis Assistance. I certainly have empathy for people who are in those situations.”

Poor No More started last year because homeless men and women would stop by NoDa @ 28th  asking for money or left-over food following an event, Lee said. They offered to mop the floors and do other odd chores. Like many activists, Lee tapped his social media and friends to collect donations. Lee is a longtime figure in the community arts scene, creating plays and various productions to highlight black creatives.

He and his friends collected enough to host food and clothing drives. Organizations and small businesses offered to donate, he said. As a playwright, Lee has plenty of experience writing grants and sitting on various nonprofit boards. He used that experienced to make Poor No More an official nonprofit. He got incorporated, recruited a board of directors and secured a tax identification number. Lee said in less than a year, the organization has served more than 900 people.

When COVID-19 forced stay-at-home orders for the city, Lee knew the homeless and working poor would be hit particularly hard. Panhandling ground to a halt since fewer people were driving, he said.

Poor No More has hosted six free store events since the start of the pandemic. To comply with social distancing rules, clients could shop the store by appointment only. The group spread the word through social media. At the events, people could get fresh fruits and vegetables, clothing, toiletries and paper products. At least 80 percent of the items available in the free store were donated, Lee said.

“We have an amazing donor base,” he said. “People give very generously.”

Many people cleaned out homes and closets during the quarantine, but typical donation sites such as Goodwill of the Southern Piedmont were closed. Even so, Lee said they are selective about the items they take. They only accept gently used and new items such as new shoes, household appliances, electronics, and kitchen items. They are in need of toiletries, paper products and non-perishable foods. The store is clean, everything is organized by size and color. Volunteers attend to the shoppers and clients receive a hot meal when they come to shop.

“We create a dignified experience for those who are coming,” Lee said.

A little dignity can be just as comforting as a hot meal.

Photos courtesy of Poor No More 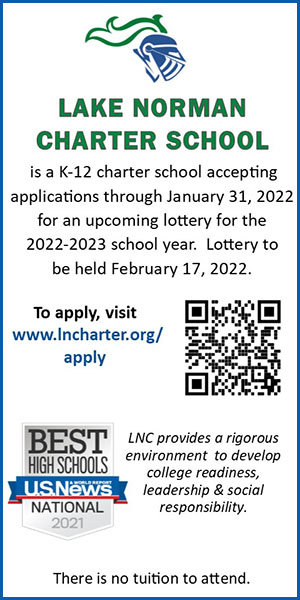